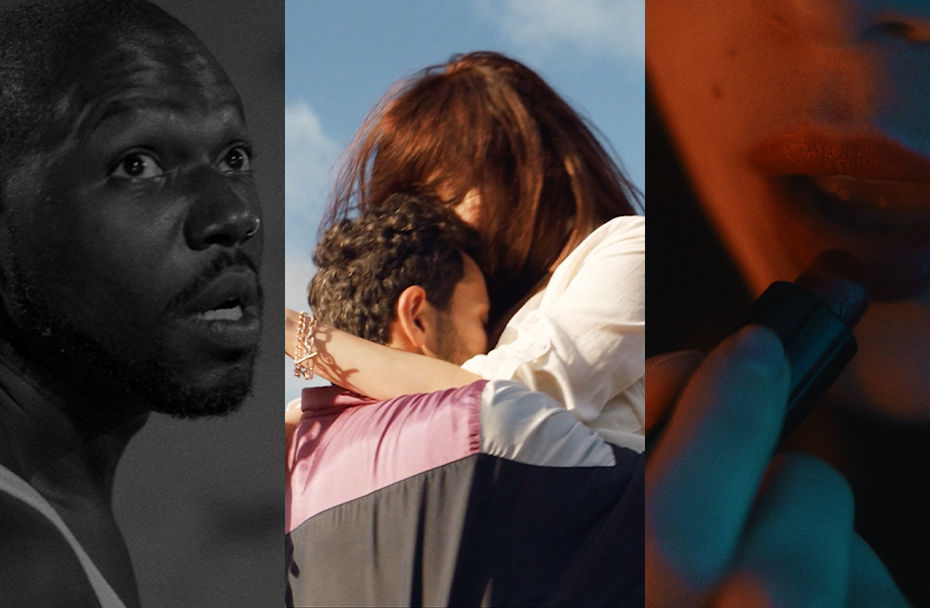 AUDIENCE AWARD WINNER: Away Out

During an evening after high-school, friends Josh and Robbie come to realise their outlooks on life are not as similar as they once were.

As the evening progresses it is an underlying tension and resentment that proves to be the ultimate test for the friendship as the two come to a physical conflict, influenced by Robbie’s desire to impress those who he looks up to.

Marcel Remy is a truly unique climbing super hero of our time that shows us in an incredible way that you are really never too old to achieve your goals in climbing and lead an inspiring life.

Learning how to skateboard at 90 years of age, still lead climbing at nearly 100. Those incredible feats of Marcel Remy seem as inspiring as they can be daunting for everyone who might be afraid of aging. Narrated by his son Claude Remy, our uncanny super hero Marcel takes us along in a slow but steady pace film as we can witness what effect this stone old climber has on his environment and peers.

We are meeting Marcel’s friends along the way to learn about how he touched their lives, most of them climbing legends in their own right. After succeeding on a climbing route on his 99th birthday, we witness a meeting of the superlatives: Marcel Remy and Adam Ondra meet for a historic climb together. As we see the oldest and the strongest climber of the world celebrating together an ascent that should become known as his Marcel’s last one.
Climb in Peace, Marcel.

Poverty, Death and Hopelessness is all that can be expected in one of the roughest neighborhoods in Chicago. For Roc and DeVontae, on the brink of potential stardom, the opportunity to escape all three is within reach, if only…

Bul Dog’ is a short music film captured in east Strandzha Mountains, Bulgaria. It is a collaboration between Buno (musician) and Geo Pavlov (director) with the attempt to portray a small part of the nature and culture of the region. The film mixes an eclectic soundtrack and cinematic visuals in a semi-abstract narrative. The ‘Bul’ in the title refers to ‘Bulgaria’, making it ‘Bulgarian Dog’.

An abstract fusion of fashion and poetry exploring the sacrifices made – and ravages endured – during the act of creation.

For I Am Dead

In late 1800s Europe, Oscar, a wealthy but lonely middle-aged man who has lived an extravagant life, confesses love to his gardener Jude before he dies of his excesses.

As war breaks out in Ukraine, a Ukrainian and Russian couple (Dasha and Oleg) have fled and are driving to Tijuana in hopes that they can cross the border into the United States. As politics grows increasingly personal their relationship unravels.

A break up road trip film set against the broader context of the complex relational and identity crisis that many Ukrainians and Russians face today, Foreign People is a film about both the loud and the quiet ways in which war erodes regular peoples lives.

An otherwordly teenage girl confronts the limits of her power when she meets a boy at a house party.

The morning after a house party, straight-identifying best friends, Grace and Sophie, wake up to the realisation that they’ve just slept together. Now, things are awkward. While avoiding the elephant in the room feels like the easy way out, they owe it to themselves and their friendship to address the situation head-on.

Going from anger to inner peace, from being lost to finding the light.
This wise woman here, shows the right path to follow to everyone around, they must protect and cherish her.

Out of this World

On the run undercover aliens determined to bend his mind to their nefarious will, MADSHROOM must outwit and escape his captors to deliver his music to the people of the world.

Growing up in rural South Africa, Sbonelo’s first moments in water were when he would herd cows down to the river. Even at an early age, Sbonelo knew that he would have to work hard to uplift himself. Canoeing naturally came into his life through the Martin Dreyer Academy that sought to empower local youth. Within a year, Sbonelo was winning races and competing against some of the country’s top professionals. However the community at large did not understand why Sbonelo was occupying his time with the canoeing. But the sport triggered a sense of purpose, and a young black man began to dream of achieving something greater. He was ready to go the distance and become a champion.

The Beatles Vs The Stones

The battle of the bands, at last. Animated slapstick and anarchy as two bone-fide giants of music attempt to outdo each other with trickery, silliness and cake fights. Why don’t we do it in the road?

The Bohemian and The Young People

A cleaning lady warns employees of a company about the choices they make for the future. According to the fable “Swallow and the small birds” by Jean de La Fontaine.

A mans frustration to write a perfect A, draws him into a piece of paper.

In an eerie hotel, three porters gather around the reception’s CCTV monitor. The intrusive and voyeuristic feed reveals the bizarre and disturbing activities that the guests indulge in during the dead of the night.