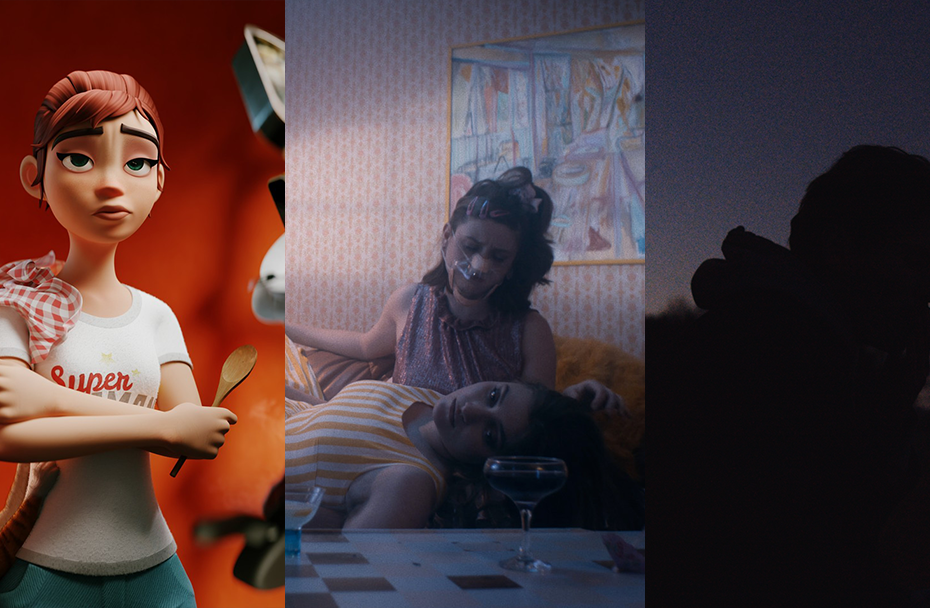 Four characters inhabit cycles within cycles of contentment, discontentment, inertia, movement, desire, and betrayal. A story emerges—told through the marriage of music (Ex-Fiancée) and dance (ChrisMastersDance)—functioning as a set of nesting dolls, inviting you to uncover as many layers as you wish.

Two distant friends reunite after one of them returns from studying abroad. Throughout the night, they reminisce on nostalgic memories and contemplate the uncertainty of the future.

Gin is looking for a new home to start a new life with the ashes of her recently dead cat. She visited an old apartment that furnished with 70s and 80s style and she decided to move in. However, strange things happened, the door that the owner warned her not to open suddenly opened itself, and it led her to the “place of dreams” simultaneously…

Looking for adrenaline during a driving lesson, Léa and Florence decide to spy on their friend’s mother.

When every moment feels like the previous one, our time stops. A lost man, without any reason left to live, finds himself at the dead end of his existence. Saved at the last minute by strangers, he finds himself seeing the world again for the first time, witnessing the value of every second.

A couple breaks up on a Roadtrip and is now stuck together on their way home. There they are confronted with what it means to finally part ways when they arrive.

What would happen if you gave a Jolly Chimp toy the Ludovico’s Technique from A Clockwork Orange?

Outbreak Goldfish is an individual story that reflects the shared experience of COVID-19. While facing the unexpected interruption of life and the societal situation in the capital of China, a college girl starts to reflect on her memories and experiences, the social anxiety, as a witness to history.

To espace your everyday life it’s simple. You will need: A ladder, and a spoon.

The daughter is reunited with her long-lost father after her mother passes away.

StrawBarry waits until the cover of darkness to come alive and boogie down. Tonight, during his midnight dance session, StawBarry discovers some unpleasant truths about what it means to be a strawberry.

Oliver, a nice guy from the South, has an unexpected evening reconnecting with his high school sweetheart. But when something feels different in the harsh light of day, Oliver is left to ponder the morality of his actions.

Victorian under gardener Matthew Lacy finds himself in his beloved walled garden in present day and meets Fliss, the volunteer who has helped to bring the garden back to life.

Matty – a young and dedicated care worker – meets his match when his agency assigns him to middle-aged firecracker and epilepsy sufferer, June. Despite struggling to access support from a sector stretched thin, Matty must also provide unpaid care for his terminally ill Grandfather. Soon, the emotional stress of balancing his personal and professional care duties begins to take its toll – abandonment and isolation causing dangerous cracks to appear.

Would You Rather? (Dir: Laura Mival)