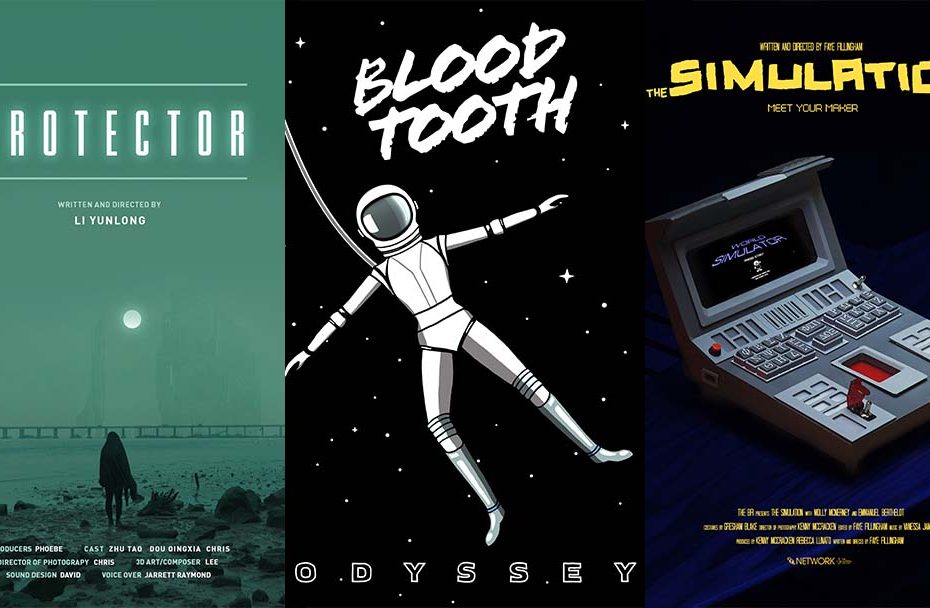 Anywhere But Here (2021) is a metacommentary film about wanting to go places and see new faces, but being prevented from doing so by the pandemic. The narrator unravels a bittersweet resolution in the self-reflexive filmmaking process as we dive deeper into her dreamscape.

After the death of his wife, Ben brings her back to life in an unconventional way. A film made during the COVID19 pandemic, which deals with themes of isolation and loss.

Her, She (Dir: Chanelle Angelique)

Her, She is a poetic short film that follows ‘Her’ through an awaking ritual of self-love and empowerment.

Two film makers hit a brick wall while recording their short, “Jack Rabbit”. As things grind to a halt, they seize the opportunity to test the parameters of their friendship. And maybe even their reality.

In 2235, human resources were scarce. In order to allow humans to develop more long-term, the World Resources Organization adopted a social contribution value elimination system, and adopted a clearing plan for those who made insufficient contributions. In the face of such tasks, intelligent robots performed well, but among them An intelligent robot is a little different…

On her way to a date, a young and hopeful woman faces a gut-wrenching heartache that no one will forget.

Director Mari Walker reflects on her first time outside as her authentic self.

Straw in the Wind is a short suspense drama exploring a mother’s strained relationship with her teenage son, as well as her personal determination to prove her estranged husband’s innocence, who is currently in prison serving time for a brutal crime. Isolated from the community and her family, she sets out to obtain evidence against a likely suspect, by any means necessary…

An insomniac woman generates an AI to alleviate her guilt related to a mysterious corpse, but her creation has other ideas.

When the Rabbit Got the Gun (Dir: Christian Rozier)

Upon finally reaching his rock bottom, a man is shocked to find compassion and love in the darkest of places.

“When the Rabbit Got the Gun” is an immersive and intensely personal story of addiction, hope, and transcendence brought to vivid life in this experimental documentary.

A young man’s insatiable appetite for Aikido spans 50 years. Now an old man reflects on the initial spark, how it became a thread through life he came to trust, a continuous study, and discovers the truth that begins and ends within.

A song about the beauty of emotions, about vegetables, radical honesty and about the wild, animalic creature of love. It’s a passionate rebellion against the manner of locking the creature in cages out of fear that it might disappear eventually.

Scene opens. Dingey kitchen. Yellowy light. Smoky atmosphere. Two men are at the kitchen table. Gambling. Looking through the first man’s eyes, we see his cards. A no good hand. He glances at the man opposite. An old man, with a disfigured face and a pale blue staring eye – “The Vulture.” The first man grimaces in disgust. He can’t stand the sight of his face. These men have a history, and tonight, both of them will be pushed to their limits and beyond.

Inspired by the “The Telltale Heart” by Edgar Allan Poe, “Sleepaway” is a gory horror flick. Not for the feint-hearted. Commissioned by rock band, the Wildhearts, the music video is the lead single from their Top Ten album “21st Century Love Songs” and the look of the film was inspired by the album’s aesthetic.